I Finally Fell Out Of Love With The Zoo 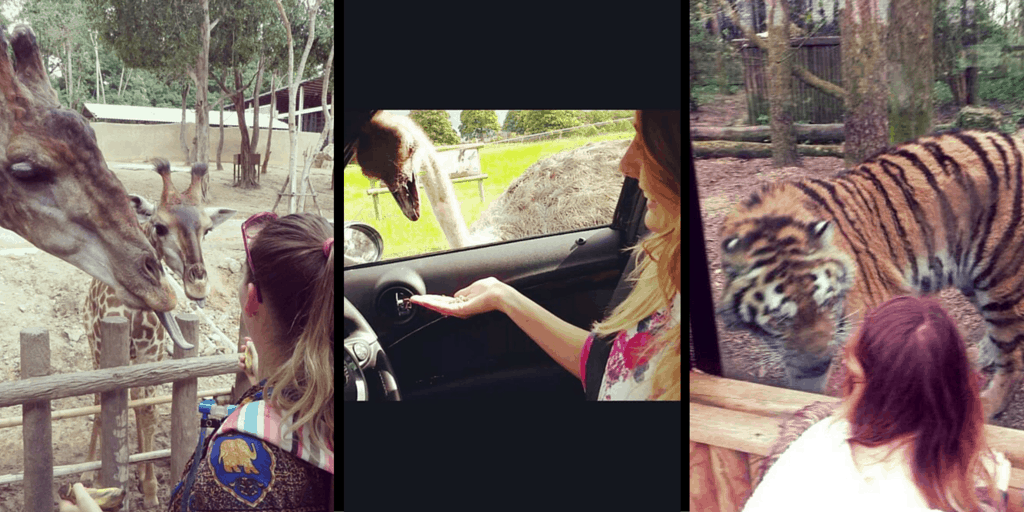 I loved going to the zoo. It was my favourite thing as a kid. And I still ran around getting really excited as an adult. It’s where my boyfriend and I went for our first date. And where we spent the three following anniversaries. It was always on my travel to do list. And I was so excited to take our future children.

But I have to admit it was getting harder to ignore the growing guilt.

The thing is, I’ve never worn fur, I only went to Sea World twice as a child, I’ve never been to an animal circus and I’m happy to check products for testing. But zoos are different. But it’s my favourite ever place! But I love it. But but but but…

So using the ‘safari parks give them more space’ excuse I went to Woburn Safari Park with my friends. It started off a tiny bit depressing with a lonely looking rhino, but I soon got over it when I saw the elephants, they even had a calf ???

I’m animal obsessed anyway, but especially elephants. In Africa and Asia I could happily sit and watch them for hours. We were watching them throw dirt, play and chase the baby. I was so happy. The lonely rhino was long forgotten, I was on a baby elephant high. 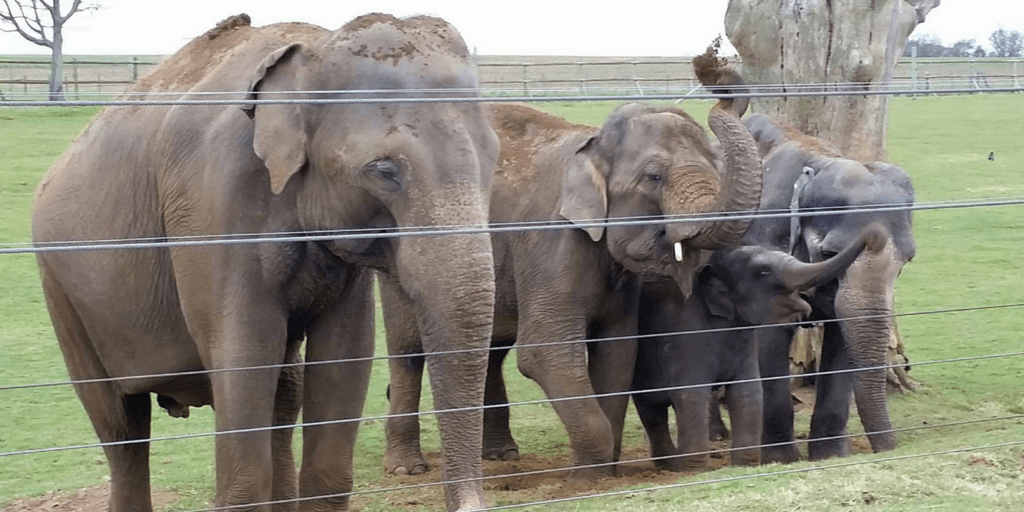 We were literally just about to drive away when two rangers go into the field. I couldn’t stop staring at them. What the fuck? What were they doing getting in with the elephants the crazy bastards? Get out!

Wait, what the fuck was in their hands!? They were both carrying bull hooks.

I should have taken photos but I was SO angry. I was just gawking in shock. This was happening in England. In the same safari parks I have been defending. They were no better than the elephant trekking camps and circuses I protest against. But instead of protesting it I just fucking paid to watch it.

I can’t explain how angry I was. At them, and at myself. Why didn’t I research this? I always do a quick “(attraction name) animal abuse” Google before going anywhere abroad, so why didn’t I do in England?

Sure enough, it was all over Google waiting for me: 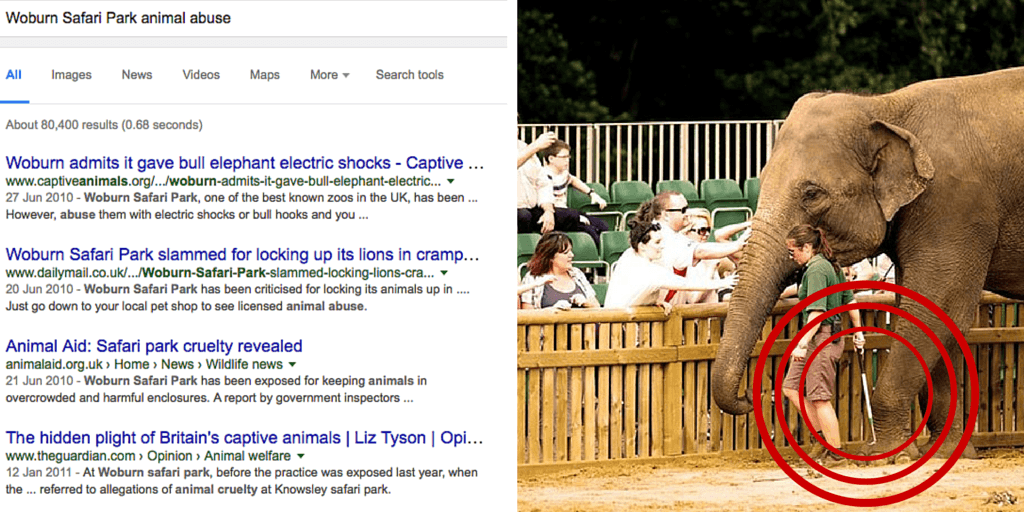 But there was more on other safari parks too.

Discovering all of this completely tipped me over the edge. I had been so naive, I really thought that zoos cared about animals. But all animal entertainment businesses are exactly the same. Profits come before animal welfare. The only difference is that English zoos and safaris have more money to spend on smoke and mirrors. Big fancy enclosures and even prozac to ease the visible signs of depression.

I expected at least a few TripAdvisor reviews to share some of my concerns. But there wasn’t one. Only beaming reviews, especially for how great the elephant experience was. That was maybe the most depressing part of this whole wake up call.

I swore to never go again, spoke out against Woburn, and left it there.

I left all my defences behind too. I’ve finally admitted zoo’s don’t have a single benefit.

The animals are miserable, lonely and in some cases suffering zoochosis (pacing, rocking back and forth etc). Studies have proved zoos don’t educate or empower children. Worst of all they are perceived to help wild populations when they actually do nothing but capture.

There is a commonly held misconception that zoos are not only saving wild animals from extinction but also reintroducing them to their wild habitats. The confusion stems from many sources, all of them zoo-based… In reality, most zoos have had no contact of any kind with any reintroduction program.

The next time I see a zoo animal it will be in the wild, a sanctuary or in a documentary. But never in a zoo. 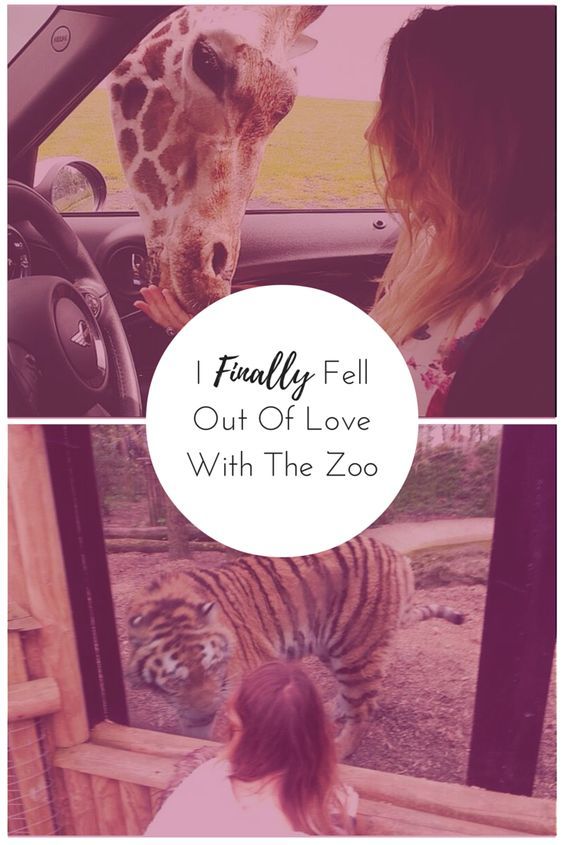 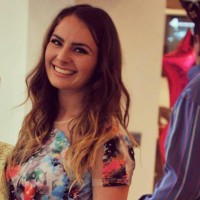 This Is Why Most Holiday Animal Experiences Suck
May 18, 2016